Drive along a treed country road to take in a panorama of Clayoquot Sound from the viewpoints on Radar Hill. Formerly part of the Pinetree Line Defence System, Radar Hill was one of the radar stations used as early warning of air strikes to North America during WWII. Now clear of buildings the short path takes you to beautiful vistas and around the former station area. The second parking lot at the end of the road is very close to a viewpoint if anyone in your group has difficulty walking.

Amazing 180 degree views of wilderness from the Radar Hill Station in the Pacific Rim National Park. 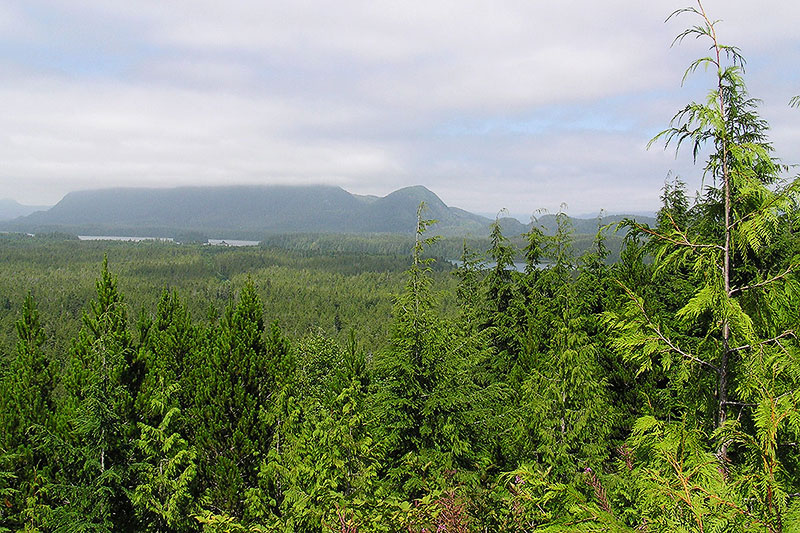 If you ever wonder what Tofino looked like before the buildings and roads just head up to Radar Hill Station and look! 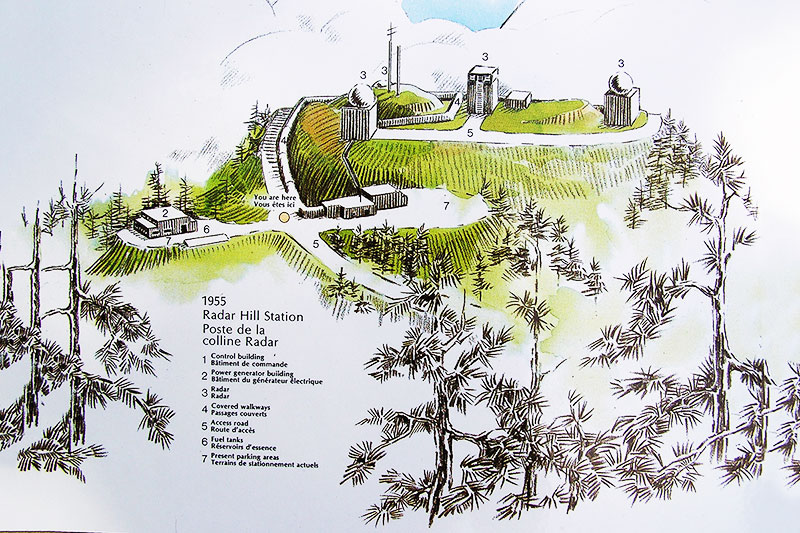 A radar station was located on this hill during World War II. LIttle remains of the old installation but the short trip to the top is well worth the climb as the panoramic views of the ocean, inlet and mountains can be found no where else in the national park reserve. Look for the Kap’yong Memorial that commemorates the involvement of the 2nd Battalion Princess Patricia’s Canadian Light Infantry during the Korean War. This national park is twinned with Hallyo Haesang Sea National Park in Korea.

The year was 1954…Marilyn Bell swam across Lake Ontario, Dr Jonas Salk developed the polio vaccine and Prime Minister Louis St Laurent governed a Canada of 16 million people. Five years earlier, the Soviet Union had exploded their first atomic bomb and in an atmosphere of mounting tension the superpowers vied for nuclear supremacy. North America defences were bolstered by a series of radar stations constructed jointly by Canada and the United States. The station constructed here was part of the ‘Pinetree Line’, the southern-most early warning line against Soviet long-range bombers. With the development of intercontinental ballistic missiles by 1960 such defences became obsolete and were dismantled.

Directions & Parking
Directions from town. Drive south along Pacific Rim Highway and turn right at the sign for Radar Hill. Turning off the highway you will drive down a paved country road. There is a parking lot there with washrooms and a wide paths up and along to the viewing areas. Parking is not free in the Pacific Rim National Park Reserve. There will be a kiosk to pay for parking if you don’t already have a park pass.

Difficulty is 2/5. The paths are wide and wind up the hill with viewing areas. There is a lower viewing area that one may drive to just past the initial parking areas.

For little ones or bigger ones carrying all the gear the stairs can seem like a lot down to the beach. Take your time and you’ll cruise down before you know it!