In 1941 during WW2 an airfield was established in Tofino, BC after the Pearl Harbour incident. Radar Hill Station was constructed at the same time. These areas were setup to keep a Japanese invasion at bay. 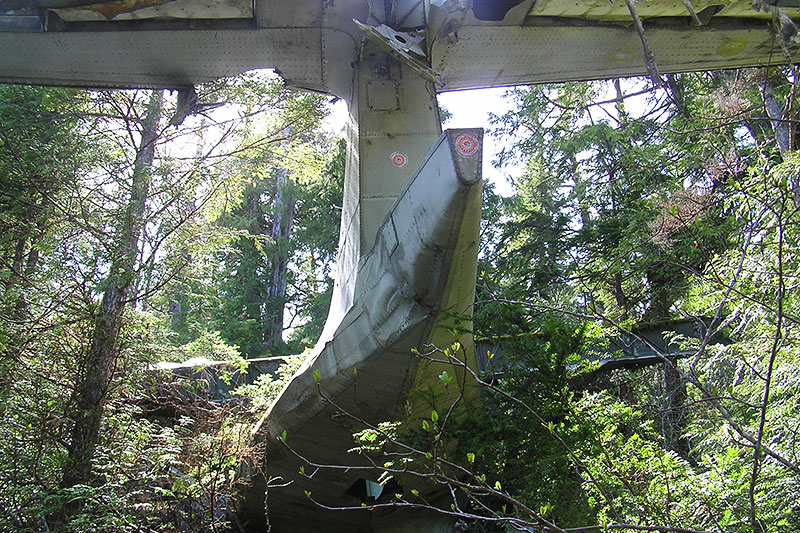 One night on 10 February 1945, a Canso bomber plane was flying out to do duty with a crew of 12 onboard. The Canso was loaded with 3,400 litres of fuel and 4 100-kilogram depth charges. Heading out in the dark at 11pm to return to Coal Harbour up north on Vancouver Island, the plane malfunctioned and the port engine lost power. The Canso was falling 300 metres a minute when it hit the trees and crashed. The quick thinking of pilot Ron Scholes who stalled the plane to slow it’s descent was the reason that all 12 crew members survived the crash. 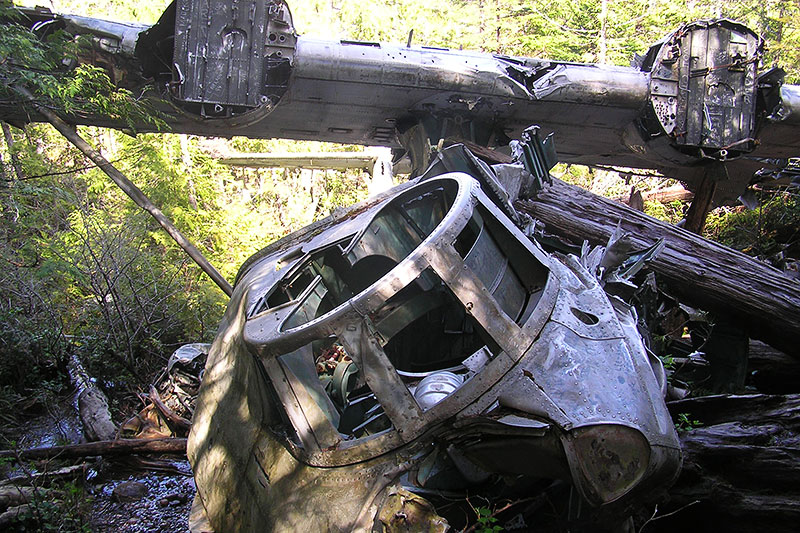 After crashing the fuel spilled out and the wreckage was in flames. Unable to reach the Tofino air field by radio, and unable to send up distress flares due to the fiery wreck, the crew used parachutes to create a tent and await rescue. The next morning they heard a plane take off from Tofino and launched a flare at a distance from the wreckage. The plane above sent down a parachute flare in response that by miracle did not hit any of the spilled fuel. 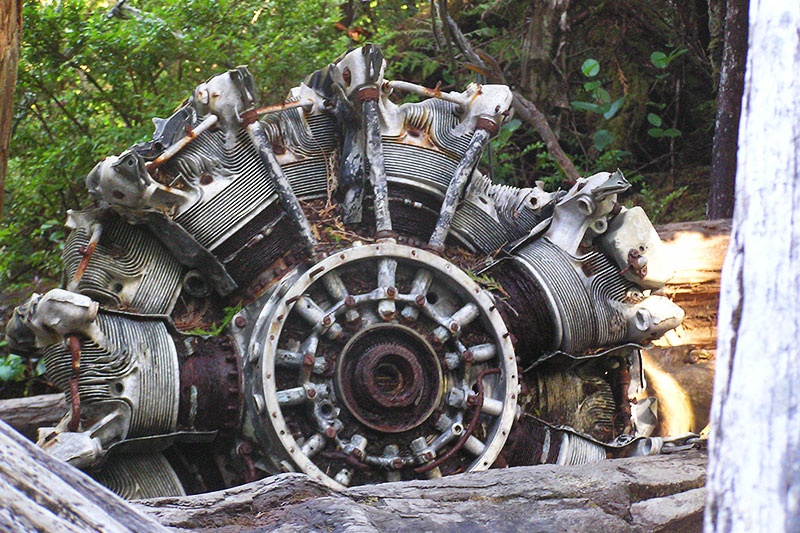 Eleven hours after the crash the entire crew was rescued, the army detonated the depth charges – leaving the 6 metre crater that still exists today, an retrieved the remaining electronics and guns outfitted on the plane. 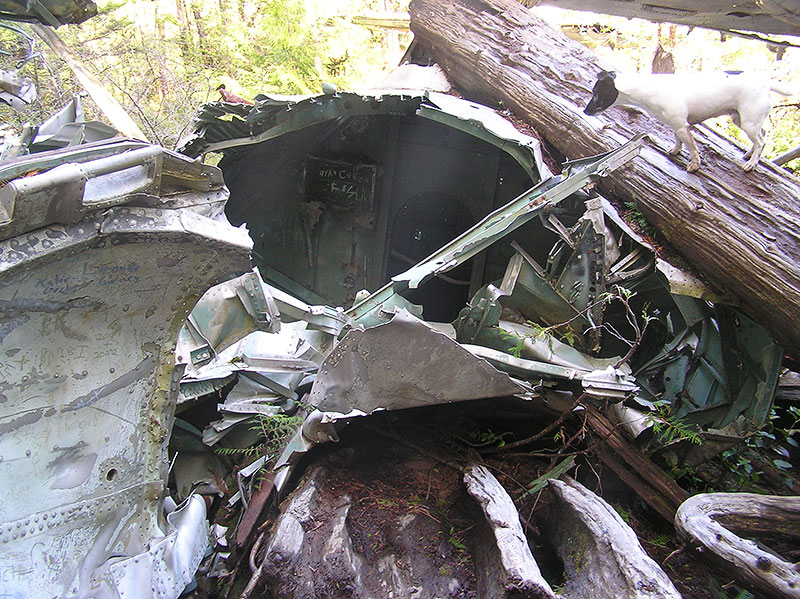 The trail in is through a bog and well-marked by Parks Canada. While it remains an unofficial trail Parks Canada marked the trail to try and limit the number of hikers who get lost and need rescuing themselves! 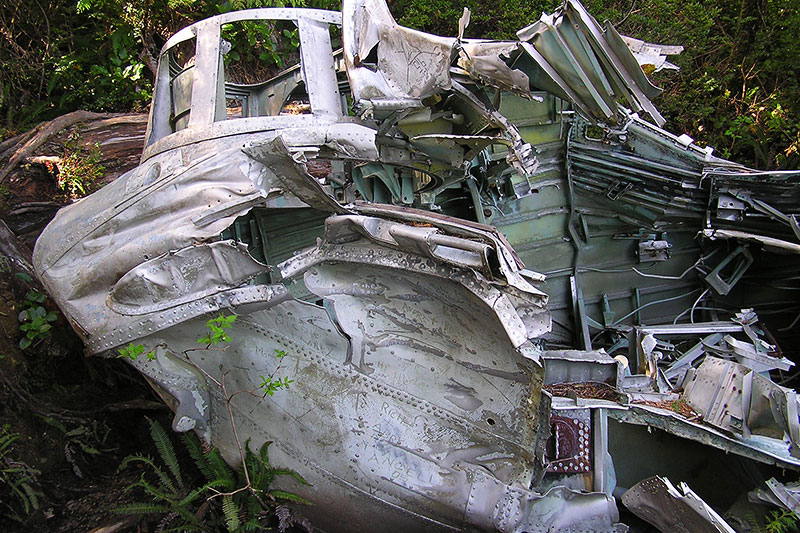 It’s an interesting piece of Canadiana and worth the hike in. We went on a sunny day and the trail was still so muddy and wet. But it’s a beautiful walk through a bog forest and plenty of Skunk Cabbage and other bog plants to check out along the way. Unfortunately the plane has been written over with ‘I wuz here’ graffiti but what ya gonna do when people feel they have to leave their mark? 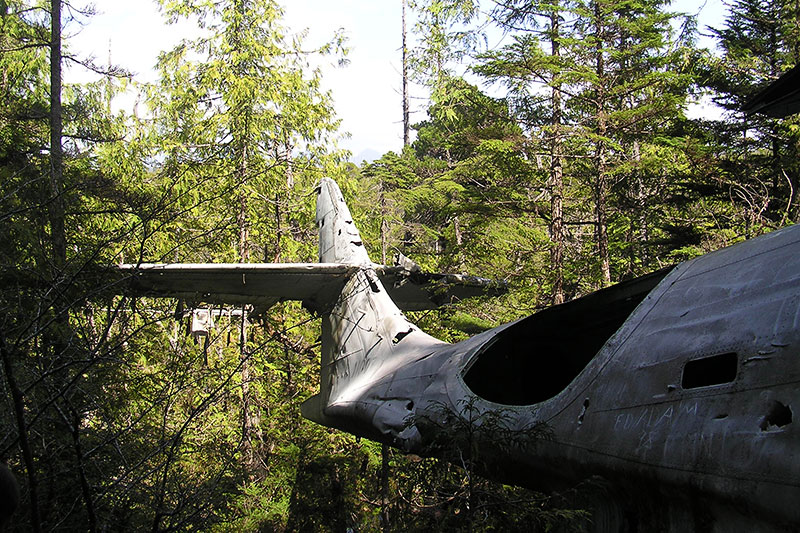 Directions from town. Drive south along Pacific Rim Highway and turn right at the sign for Radar Hill. Just past Radar Hill Road  walk the highway south until you see No Parking signs and a trail headed into the forest. The trail is marked with pink tape by Parks Canada,

Difficulty is 3/5. Mostly due to the walk along the highway – keep your dogs and kids close – and the muddiness of the trail.

One night on 10 February 1945, a Canso bomber plane was flying out with a crew of 12 onboard. An engine malfunctioned and it crashed into the trees. The quick thinking of the pilot saved the lives of all onboard and the entire crew was reduced 11 hours later. Hike through a bog forest to the site of the place wreckage – it’s pretty interesting.